HELPING THOSE
IN NEED

Alleviating human suffering and helping those in need

One of the many ways that Glick Philanthropies works to improve the life expectancy gap is by using food as a platform for positive individual and community outcomes.

The Glicks’ support of Second Helpings dates to almost the beginning of the food rescue organization. Gene and Marilyn made their first donation to Second Helpings in 1999, a little more than a year after the nonprofit was launched. In total, Glick Philanthropies has provided over $1.25M to Second Helpings.

Second Helpings rescues both prepared and perishable food. Thorough partnerships with wholesalers, retailers and restaurants throughout Greater Indianapolis, Second Helpings provides more than 4,000 nutritious meals every day for approximately 100 other nonprofit organizations. It was this collaborativecommunity approach that first attracted the Glick family to the organization. The Glicks felt that the most impactful change is often the result of many people and organizations pooling resources together.

Like many of their other grants or gifts, the Glicks’ first donation to Second Helpings was so much more than a financial contribution. “Their gift gave us credibility in the community,” says Jennifer Vigran, CEO, Second Helpings. “It was like someone standing up and saying, ‘This organization is important to our community and should be important to you, too.’”

In addition to the initial donation, Gene —like he had done many times before —established a five-year, $50,000 building maintenance fund. This ensured the survival of Second Helpings in the early years and provided a good operational fund for the organization to thrive. At that time, the Second Helpings building became known as the Eugene and Marilyn Glick Center.

“When our building was renamed the Eugene and Marilyn Glick Center, it was like leaving breadcrumbs for future generations,” Vigran says. “It was a visible reminder to their family and the community about the things they thought were important.”

Second Helpings isn’t just focused on meeting immediate basic needs. The organization’s Culinary Arts Program is helping men and women learn to support themselves by teaching them skills that will help them unlock a good job and a good life. Gene and Marilyn — and their family carrying forward their mission today — wanted to provide a mechanism for self-sufficiency whenever and wherever possible, and the Culinary Arts Program is a reflection of that commitment.

Glick Philanthropies is committed to improving access to basic needs in communities where Glick apartments are located. This property nominated grant program focuses on supporting basic needs for individuals and families, including food access, transportation, emergency shelter, utility assistance, mental health & social isolation support, and learning loss. This innovative program began in 2016 and has awarded more than $3.5 million to nonprofit organizations around the country.

“We believe that addressing basic needs helps individuals move toward self-sufficiency,” said David Barrett, vice chair, president and chief executive officer of the Glick Family Foundation, one of the charitable organizations comprising Glick Philanthropies. “It may sound simple, but helping those in need access the basics, like nutritious food, safe housing and reliable transportation, could not be more fundamental or important to many families at this time.”

In 2022, through the Community Relief Fund grant program, Glick Philanthropies granted $695,600 to 90 organization across 11 states. 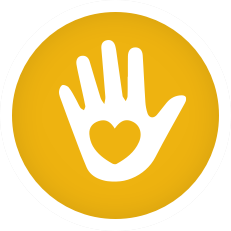