CREATING ACTIVE AND VIBRANT COMMUNITIES THROUGH ARTS AND CREATIVE EXPRESSION

The creative economy employs more than 160,000 Hoosiers, according to the Indiana Arts Commission. The arts are essential for personal and community development, and tapping into this sector will drive our communities’ futures and future economic development. Glick Philanthropies invests in community development and increases individuals’ access to transformational opportunities through the arts and creative expression.

Indianapolis Cultural Trail: A Legacy of Gene and Marilyn Glick 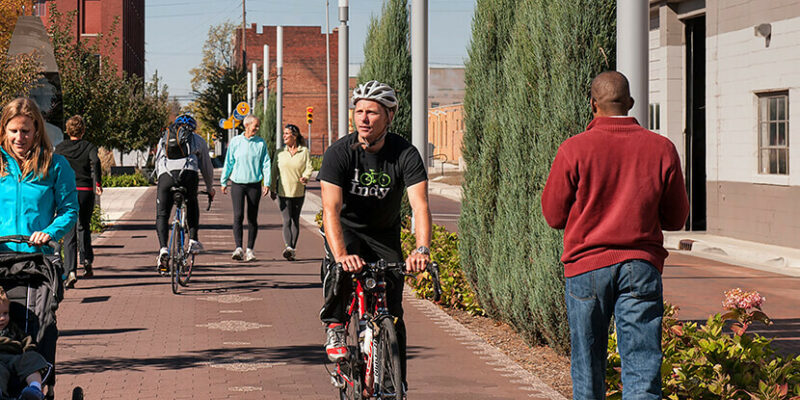 The Indianapolis Cultural Trail: A Legacy of Gene and Marilyn Glick is one of the most bold and beautiful expressions of the Glicks’ desire to impact their community. This eight-mile bike and pedestrian trail connecting Indianapolis’s six cultural districts and a multitude of restaurants, bars, public artworks, parks and museums has transformed the landscape of Indianapolis, both literally and figuratively.

Gene and Marilyn Glick were fascinated with the idea of a thoroughfare connecting some of Indy’s most popular neighborhoods. Fitness advocates well into their 80s, they liked the idea of a public recreational resource in the heart of the city. Yet, they realized the recreational aspects were just a small part of the Trail’s potential impact. The Trail was a great opportunity to encourage cultural exchange, expand community awareness and promote economic growth.

With a lead gift of $15 million, Gene and Marilyn helped move the Cultural Trail from a dream to a reality in Indianapolis.

“What’s so amazing is that the Glick family invested in the Trail before anything had even been built,” says Kären Haley, executive director of the Indianapolis Cultural Trail, Inc. “They believed in the vision and what the Trail could mean to our city.”

The Trail has played a leading role in transforming downtown Indianapolis, enhancing quality of life, accessibility and the overall way people experience the city. The sight of vacant parking lots and abandoned buildings has been replaced with a world-class bike and pedestrian trail, free botanical gardens and $2 million in public art, including functional amenities like bus shelters and bike racks.

Equally important to the Glicks’ initial gift was Gene’s recommendationthat the maintenance endowment be established so the Trail could be enjoyed for generations to come.

Residents and visitors alike now use the Trail to make their waythrough the downtown. This greater connectivity has yielded strong economic development opportunities: the Indiana University Public Policy Institute found that property assessments within approximately one block of the eight mile Trail have increased 148 percent since 2008, an increase of $1 billion in assessed property value.

“Today, the Trail is a leading model for what to do in an urban area to enhance quality of life,” Haley says. 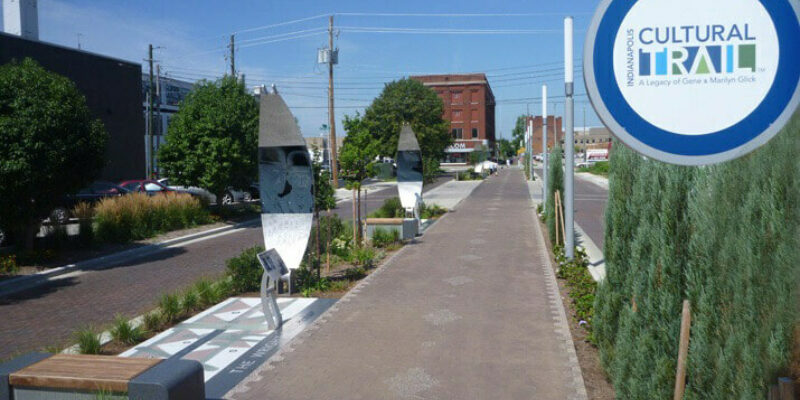 The Glick Peace Walk is the perfect fusion of Gene and Marilyn’s passions — her love of art and his long-time desire to honor those who made peaceful humanitarian contributions to society.

Located at the entrance to the Indianapolis Cultural Trail, the Glick Peace Walk includes distinctive sculptural gardens that celebrate the lives and accomplishments of 14 individuals who brought light to our world, including:

“Gene, for a long long time, felt like Indianapolis had too many monuments glorifying war. He wanted to glorify peace.”

About the Glick Peace Walk 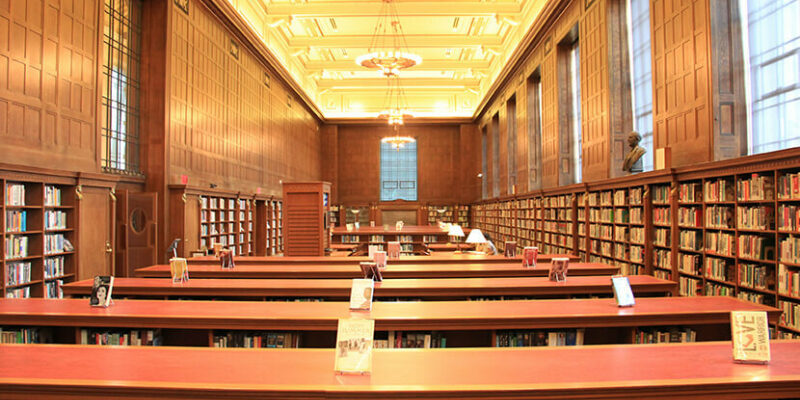 It was always a dream of Gene Glick to honor and celebrate Indiana’s great authors. In 2007, the Eugene & Marilyn Glick Indiana Authors Award was established to recognize Indiana’s top authors for their literary work in Indiana and across the country.

In October 2018, Glick Philanthropies announced its desire to partner with a statewide organization to expand the reach of the awards, inspire even more Hoosiers to read and write, help springboard emerging authors’ careers, and further promote Indiana as a great place to be a writer or a reader.

In 2019, Glick Philanthropies invited Indiana Humanities, with its rich history of literary programming across the state, to power that vision. The Indiana Authors Awards will resume in 2020 as a biennial honor that awards the best books written by Hoosier authors in multiple categories. Going forward, the Indiana Authors Awards will encompass not just the prizes, but also a dynamic set of programs and communications initiatives to celebrate Indiana writers, shine a spotlight on the state’s literary community and deepen connections between Hoosier readers and writers.

“Every Hoosier has a story to share, and these talented authors are sharing their unique stories and perspectives in remarkable ways,” says Marianne Glick, board chair of the Glick Family Foundation. “It is an honor to recognize their work through the Eugene & Marilyn Glick Indiana Authors Award.”